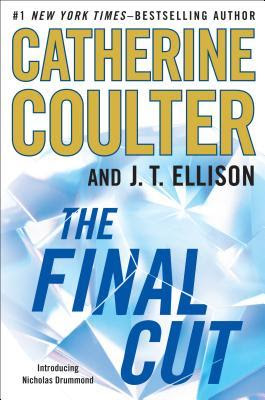 Scotland Yard’s new chief inspector Nicholas Drummond is on the first flight to New York when he learns his colleague, Elaine York, the "minder" of the Crown Jewels for the "Jewel of the Lion" exhibit at the Metropolitan Museum of Art, was found murdered. Then the centerpiece of the exhibit, the infamous Koh-i-Noor Diamond, is stolen from the Queen Mother’s crown. Drummond, American-born but raised in the UK, is a dark, dangerous, fast-rising star in the Yard who never backs down. And this case is no exception.

Special Agents Lacey Sherlock and Dillon Savich from Coulter’s bestselling FBI series don’t hesitate to help Drummond find the cunning international thief known as the Fox. Nonstop action and high stakes intensify as the chase gets deadly. The Fox will stop at nothing to deliver the Koh-i-Noor to the man who believes in its deadly prophecy.  Nicholas Drummond, along with his partner, FBI Special Agent Mike Caine, lay it on the line to retrieve the diamond for Queen and country

I received an advance copy of this title through the First To Read program from Penguin.

I've always loved Coulter's FBI Thriller Series so I was thrilled to get the opportunity to read an advance copy. I enjoyed the mixing it up by adding a "Brit" to the FBI. While the book was on the long side, it was a quick read. It doesn't have quite the same feel as the other FBI thrillers by Coulter. Nicholas has his own special gifts. He is a "James Bond" turned Chief Inspector for the Scotland Yard. Michaela works for the New York Office of the FBI. Nicholas and Michaela "Mike" work well together trying to solve the death of dear friend, Elaine York, and the theft of the rare diamond from Queen Mother's Crown that was on loan to the MET. The search for the elusive FOX, an international thief, draws Nicholas and Mike closer together during all this exciting and intense action.

I will "read" this again when it is available as an audiobook. Can't wait to hear what Nicholas and Mike sound like.
by Lbrychic @ 12:58:00 AM
Email ThisBlogThis!Share to TwitterShare to FacebookShare to Pinterest
Tags: arc, contemporary, First to read, thriller