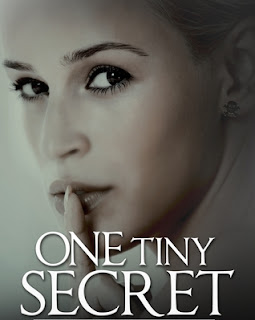 Just one tiny secret has the potential to ruin everything.

Being the daughter of the sheriff in a small town like Holden Ridge means that eighteen-year-old Danielle “Dani” Marks’ life is under constant surveillance. She’s made a habit of staying under the radar by being a floater among social circles at school, which has kept her out of trouble—until now.

After a missing persons case stirs up the entire town, Dani finds herself caught right in the middle of the scandal. When she’s labeled a possible suspect, things quickly go from bad to worse. The sudden return of her old flame, Parker Reed, manages to make her whole situation even more complicated.

When an elusive unknown person begins to blackmail Dani by threatening to reveal her deepest secrets, Dani refuses to play along. That is, until the person’s actions take a violent turn. Holden Ridge begins to lose its sense of quaint town security, and Dani is caught in a deadly game of cat and mouse.

Who can she trust when anyone around her could be a suspect?

One thing’s for certain though: Never underestimate the power of one tiny secret.

Well a friend of mine (Melanie) kept tweeting and fb posting about this book. So I broke down and got it and It certainly did NOT disappoint.
This is Adam Kunz's first solo novel. He co-writes other stories with his mother as the writing team C. A. Kunz. Adam's writing reminds me of my younger days when I devoured authors like Christopher Pike and R. L. Stine. One Tiny Secret kept me guessing. Didn't know for sure "who-dunnit" til the end. Although it has a "Mature" disclaimer, I didn't think it was too bad. When I first saw this I thought it was going to be more of an erotic thriller but its really just a story of high school seniors and college students. This story would probably be best for the older range of teens due to some sexual content.
by Lbrychic @ 2:30:00 AM
Email ThisBlogThis!Share to TwitterShare to FacebookShare to Pinterest
Tags: reviews